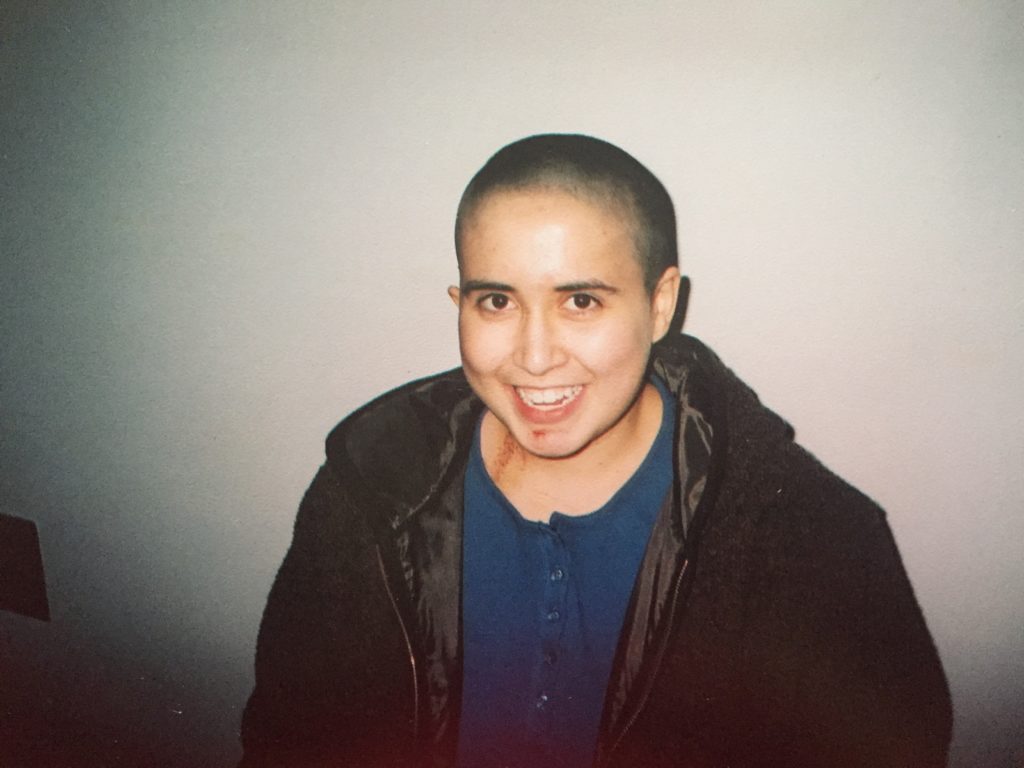 I was diagnosed with my first brain tumor a week before my 17th birthday. I had passed out at work and hit my head and had been getting dizzy. I was sent to the ER by my family doctor to be looked over and the the doctors found the mass on my MRI they had done.

Just a few short weeks later I was in having my head shaved so they could remove the mass they had found. I recovered pretty quickly. March 13th, 2000 I was back in to have surgery again though, this time was to have a VP shunt put in. I was only in the hospital overnight for this surgery. I was determined to not be there longer than I needed to be.

August 2004 comes around and I find out that I have a new mass growing and they have caught it in time that they can do Gamma Knife Radiation on it instead of needing to do surgery. So I go in to do Gamma Knife and have the halo screwed into my head for the procedure. I do not remember much about that day. I do remember waking up the next day and my face being so swollen and being so sick that I couldn’t eat. I told my mom that it was worse than having the actual surgery. But this is only in my case, everyone is different. Gamma Knife did work, for 12 years!!

On June 6th, 2016 I went back in for another surgery to have another brain tumor removed. I am still being monitored but doing okay so far. I have become epileptic from all of this and less active from being tired but I am alive and here to enjoy my husband and little boy everyday. I owe it all to the wonderful doctors at INI. They have saved me so many times.